I recently commented on what brunch means to BakingMeHungry. “We love brunch because after sleeping in, brunch embodies Lazy Sunday. Who doesn’t love unlimited coffee, eggs and good conversation!” When Renee Hirschberg, founder of Boston Brunchers, tweeted and wrote on her blog Eat Live Blog, that I be joining the 1st Birthday Brunch for Boston Brunchers, I was thrilled.

This past Sunday morning, I ran into a former co-worker and I mentioned  where I was heading to for bunch.  He had only positive reviews on their own dinner experience and how nice the restaurant was. I walked past Hotel Commonwealth and entered Island Creek Oyster Bar.

I was the second to arrive after Richard of (The Passionate Foodie) and we instantaneously chatted about my newfound love of sparkling sake and his sake certification. 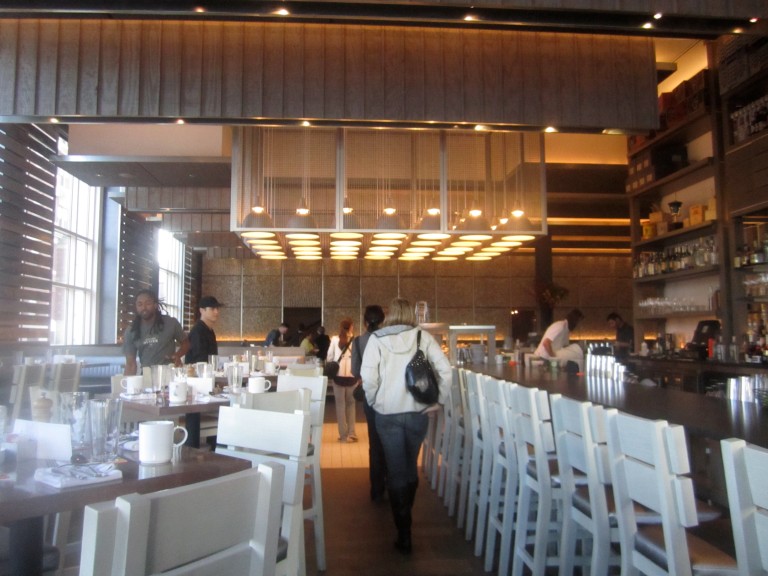 Immediately, I noticed the spacious room, lighting, oyster bar and overall design. While we were waiting, asked the friendly hostess how long ICOB has been in this location and she said its their one year birthday as well, opening in October 2010. The decor and serenity of the room, wood, oyster shells against the walls is very unique and cool.

The oyster bar is very sleek and ice and oysters were well displayed. I would love to come back and try out the dinner menu or have a cocktail with friends and I mentioned this to the General Manager Tom on my way to the ladies room.

The service was warm and impeccable. Our servers and the kitchen was seamless and the staff executed really well for a group of 39 other brunch attendees and a full restaurant.

Since I had a coffee right before arriving to the brunch, I had a pot of green tea. The tea was soothing and was quickly refilled after I finished the first pot.

At my table was  Richard (The Passionate Foodie), Anthea (Night Kitchener), Marie (Cook With Abandon), Rachel of Boston.com and two other ticket winners who was in public relations and is a nanny by profession. We had an opportunity to chat about some favorite restaurants, food and food trends. On the other end of the table was  Sue (Public Radio Kitchen), Michelle (The Economical Eater), Robin (Doves & Figs) and although we were not able to chat, hopefully at the next event we will be able to connect.

Given how much I adore doughnuts and muffins, the hybrid combination of the was a fantasy fulfilled. The doughnut muffin was tender, lightly sweet and I craved the other half. I think will try to recreate this novel idea myself.

I also tried ICOB’s cinnamon roll, which had a hardened glaze over the lightly cinnamon flavored pastry. Although it was good, it was a bit too dry for my liking.

The cocktail I tried was a Red Beer (ICOB Pilsner topped with housemade sangrita). I liked the bite and bitterness of the  pilsner and it really reminded me of autumn. I have had beer and champagne before at Mistral and loved it, but I have not tried wine and beer together. The combination requires a sophisticated palate and a few of us who ordered it thought it was very tasty, but a bit too heavy to drink the whole beverage.

A lot of other folks at the table seemed really pleased with their Bloody Mary and McCarthy’s Crossing (pear brandy, spiced honey, rose vermouth, lemon and bubbles). Rachel of Boston.com ordered a second McCarthy’s Crossing, so her cocktail must have be quite enjoyable.

Our entire table ordered either the cinnamon french toast with caramelized bananas and toasted almonds or Ethel’s lobster roll on a rosemary roll with homemade kettle chips and cole slaw. The french toast serving was quite generous and Richard mentioned it was one of the top french toasts he has had and many brunchers didn’t finish their place.

I had Ethel’s lobster roll on a rosemary roll with homemade kettle chips and cole slaw. The lobster roll was stuffed with full lobster claws and meat and the hint of rosemary on the buttered roll really made the sandwich unique. I enjoyed the crunch of the kettle chips, which could have been a little tad bit saltier and the coleslaw was really creamy and refreshing. Going forward, any visitors I host in Boston will be directed to the ICOB lobster roll and restaurant for a thoughtful representation of New England seafood.

What I found quite humorous was the amount of strategy involved to elegantly consume the lobster roll. What was the best methodology? Amongst just grabbing the entire roll, Divide the lobster roll in half and carefully enjoy.

Thank you so much to Renee, all the attendees and the Birthday Brunch’s generous sponsors. I had a wonderful first Boston Brunchers first experience. 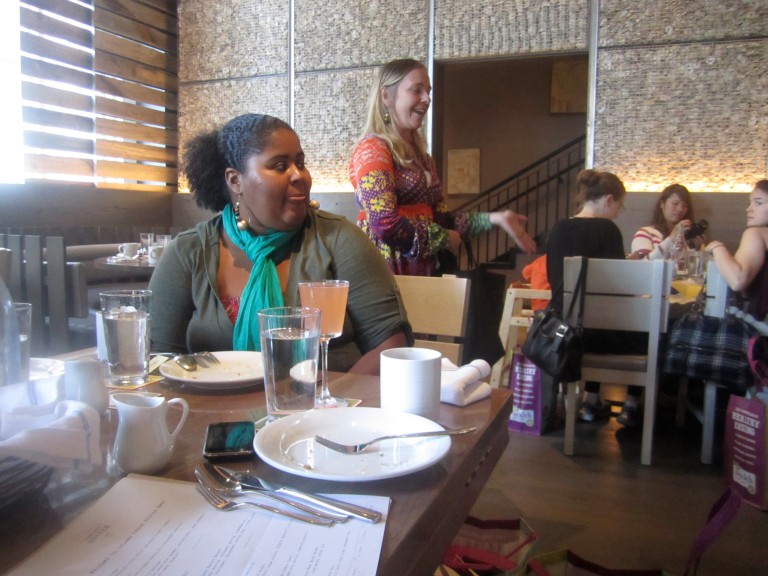 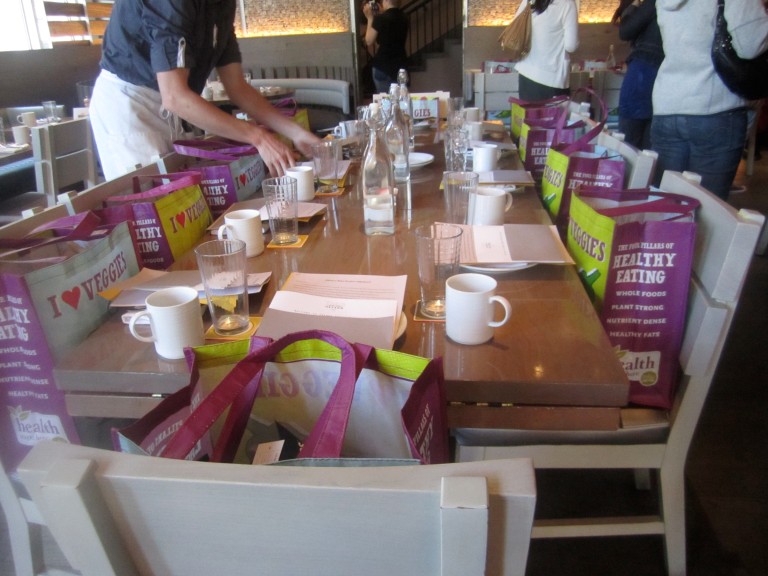 Goodie bag filled with coupons, samples and literature I need to go through.