When we stopped at Tacochido, we plopped down into one of the cement booths and ordered several tacos and quesadilla. I can say that the food was just too good to be true. It did taste better than any quesdilla I had ever eaten.

Frida and her unibrow were looking over our table. She loves Tacochido as well and I loved the vibrant colored kitchen area. 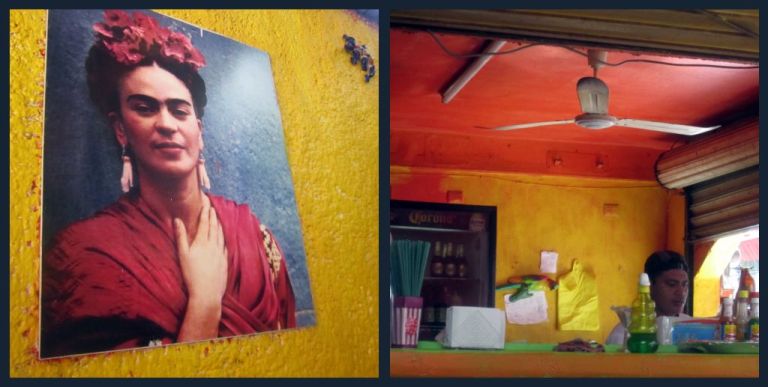 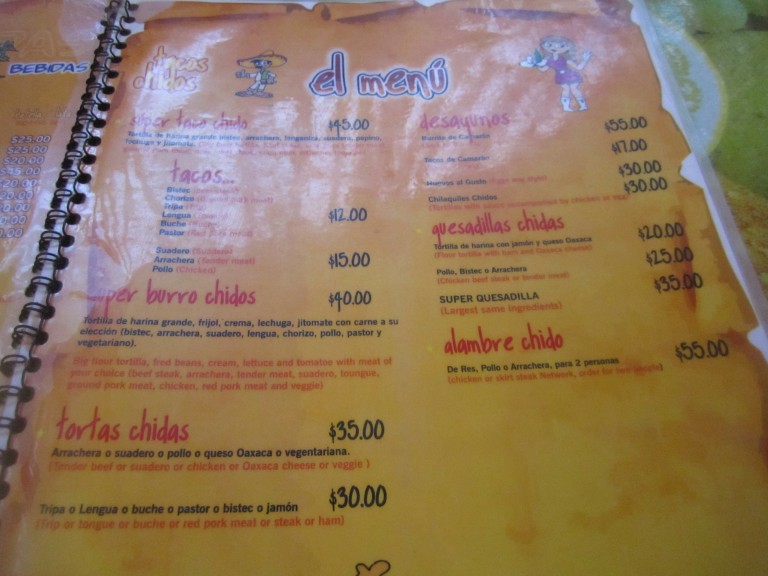 Pastor, bistec and chorizo tacos were loaded on the pico and a squeeze of lime and the Bistec and queso quesadilla. Initially, I thought the plastic wrapped plates were a bit odd, but after reflection it has a sense of practicality.

The damage 61 MXN. Not to shabby. Such an unbelievable value. I will be back. 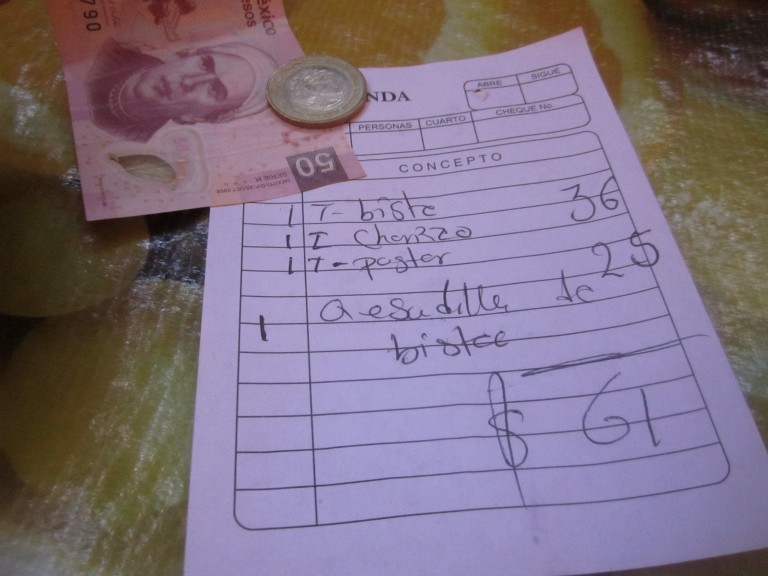