Seoul is the former Ma Soba, with a new name, the same owners, and a new cook. They have an extensive traditional Korean menu is and there is a lot of variety to choose from. Honestly, the Korean restaurants in Boston are typically alright but we’ve been waiting to try one that is truly exceptional and not in NYC or LA. We were pleasantly surprised by Seoul.

They have a decent wine and beer selection, a sizable wine selection, as well as sakes and two soju. My friends and I tried the most popular unflavored soju. It was light, crisp, refreshing and did not strongly taste of alcohol for a 38 proof beverage. 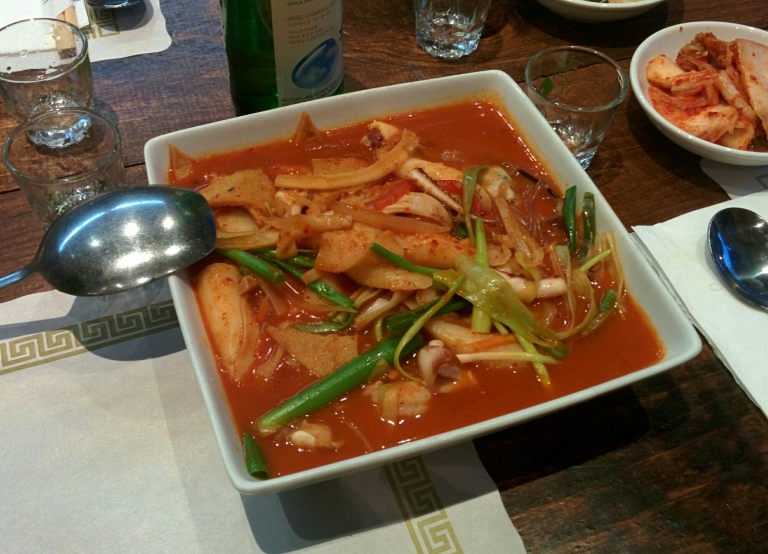 We got the little rice cakes with seafood extra spicy but I guess the Korean version of extra spicy is much less spicy that the Southeast Asian kind. Despite the mild disappointment about the spiciness, the teokkbukki were pleasantly chewy and the seafood was tender.

The beef bibimbap was very good. The crispy rice crust was delicious when you mixed everything together. What was interesting is that they use electric bimbimbap bowls. We had never seen them before and were used to heated traditional stone bowls. The beef bibimbap didn’t give you enough meat but we just mixed in some of our beef bulgolgi in instead. The beef bulgolgi was good. The meat was very tasty. 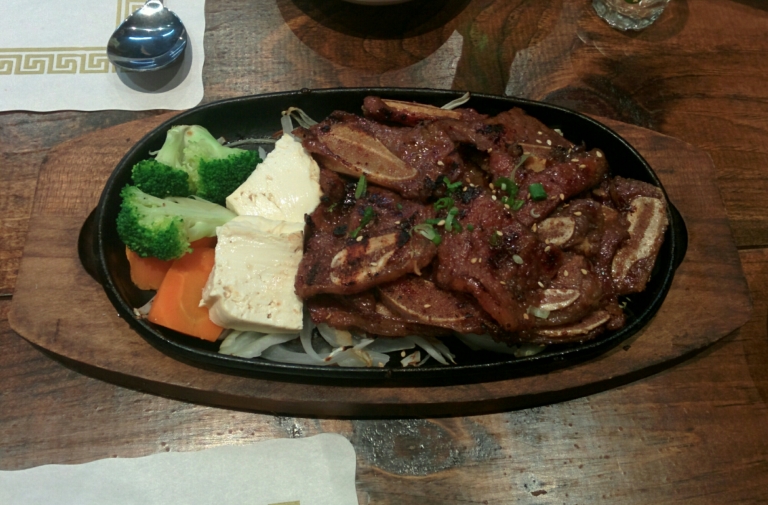 We were torn on whether to order tradional kalbi or LA kalbi. Interestingly enough, the LA Kalbi and so called ‘traditional Korean Kalbi’ look quite different due to the way it is cut. Korean Kalbi is cut in segments along side the rib bone shapes and it is thicker. LA Kalbi is cut through the rib bone, usually displaying three rib bone eyes. It is also thinner, hence easier to marinate and quicker to cook on a BBQ grill. The only thing is that Seoul doesn’t have BBQ tables for you to cook on, so they give you your meat already cooked on a sizzling plate. The meat was traditionally marinated which kept the meat nice and tender. It was served on a bed of charred onions, with a carrot, broccoli and tofu garnish.

They gave us four banchan- a refreshing and not super-spicy or sour cabbage Kimchi, bean sprouts, spinach salad, and assorted pickled vegetables. 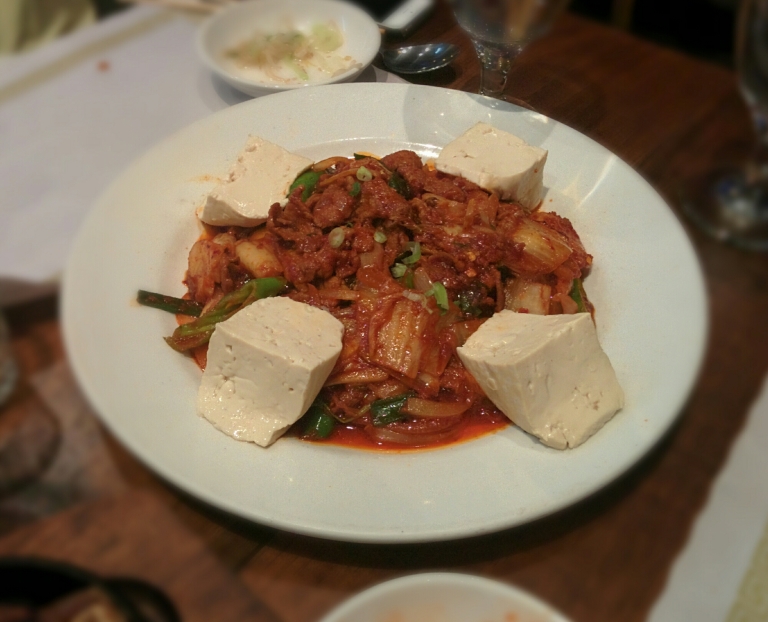 I usually don’t love tofu. There I said it. However, tofu stir-fried with protein is probably my favorite way to eat it. I really enjoyed this dish. The sour tangy kimchi mixed with the spicy pork and smooth tofu was great over white rice. I would definitely get this dish again.

Seoul truly surprised us by serving nicely priced, excellent and authentic Korean food. It truly puts all the other Korean restaurants in Allston and Cambridge to shame. We have always been disappointed with Boston’s Korean food until now. If you are looking for a nice home-cooked-style Korean meal in Boston without the unreasonable price tag, this is the place.