Boondocks Restaurant & Bar is open 11:30am until 2am everyday and is one of the most popular restaurant bars in the area. There are extended hours and pretty solid all American fare. The appetizers and sandwiches were all pretty spot on. 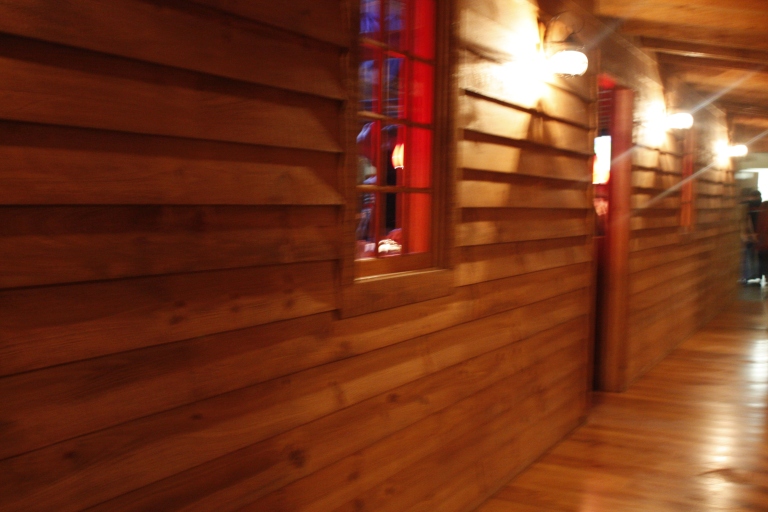 We had the green token from The Edge Hotel to redeem and enjoyed some Labatt Light. There was also a serving of Swamp Water, a blend of Malibu Rum, Island Punch Pucker, Sour Mix and Orange Juice with a splash of Sierra Mist.

The Thousand Island Winery North Country Red was a grape juice with alcohol content. Super sweet and fun to drink, it was like juice.

The bread rolls were super fluffy and served with honey butter. We were very tempted eat them all. The rolls reminded us about Texas Roadhouse rolls, which we can not get enough of.

Two of our favorites dishes of the entire meal was in the APPETEASER section of the menu. (Love it).  The Loaded Cheese Fries loaded with cheddar cheese, scallions, chives and bacon with sour cream on the side were just like Papas Supreme (BMH review of Taco Bell, Plaza Las Americas and BMH’s rendition of Papas Fritas Fiesta Supreme Fries) for $6.75. We were happy with the crispy fries and mix of toppings.

The Breaded Portobello Mushrooms were nice and juicy on the inside and then nicely breaded on the outside. The sliced portobello mushroom breaded and fried to a perfect golden brown served with the special dipping sauce which reminded us of Thousand Island or chipotle dressing ($7.25). 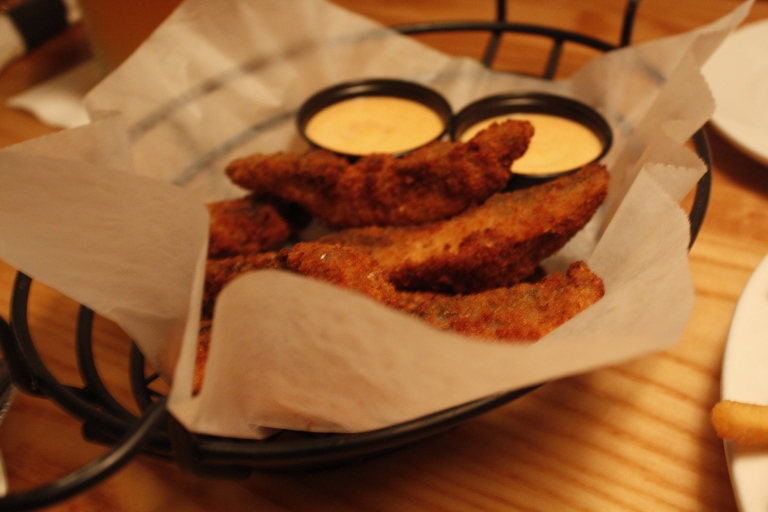 The Rodeo Burger was a hefty 1/2 lb. burger. Although we asked for medium rare, our burger was medium-well. Still, the burger pattie was juicy and went well with the Chipotle BBQ. The huge square of Fried Muenster cheese was definitely unique and heaviness was cut by the fresh coleslaw $9.25. 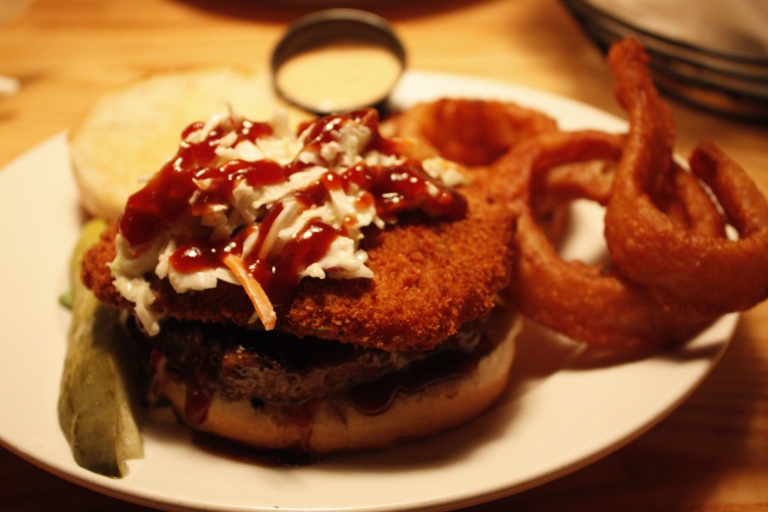 The Over the Edge Chicken Sandwich had a crispy chicken served on a toasted garlicy hard roll topped (which tasted like garlic bread) with BBQ sauce, fried onion tanglers and fresh chipotle coleslaw $9.25. We were really happy with the combination of the crispy chicken cutlet, sweet bbq sauce and the texture of the onion and coleslaw. Great combination. 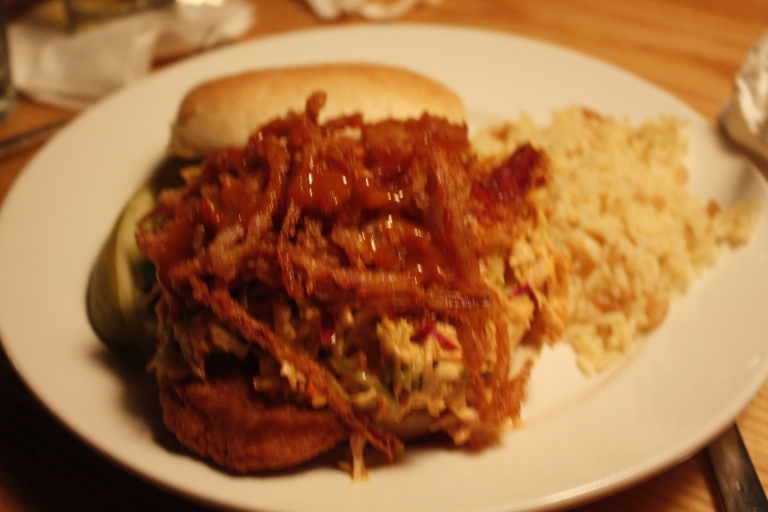 Of all our dishes, the only dish that was a bit underwhelming was the Chicken Cordon Bleu Chicken breast overstuffed with ham and Swiss cheese smothered in a creamy cheese sauce. The chicken itself was a bit dry, but what made up for it was the garlic and buttered vegetables. Some of the best roast vegetables eaten $15.95.

Later on that evening, we enjoyed a 100 ounce beer tower. Several nights later another Tower. Boondocks is our go to bar in North Country and are happy to patron it.