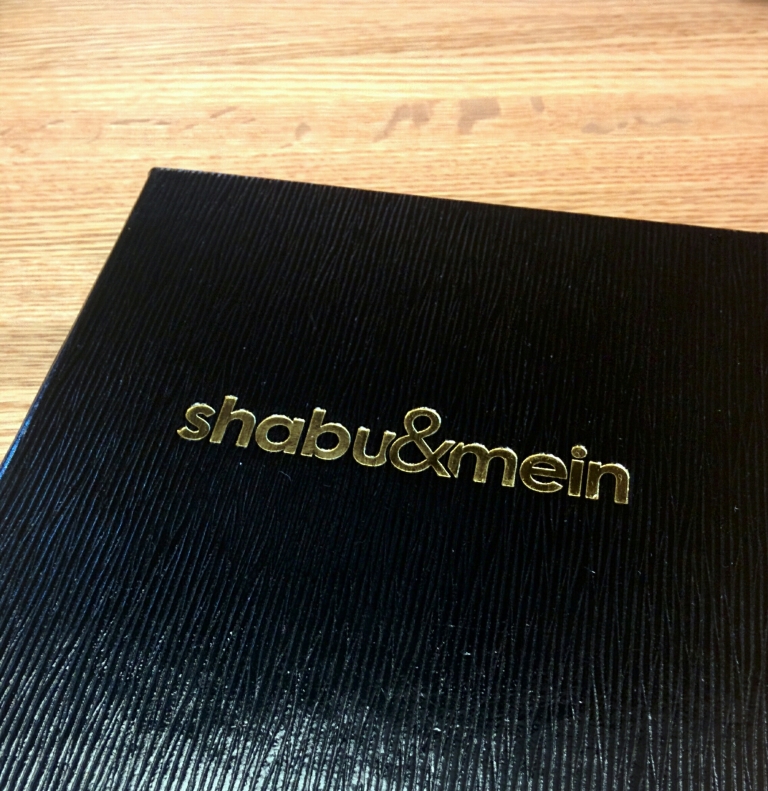 Shabu & Mein is a new shabu and ramen restaurant in Cambridge that opened about a month ago. It’s located very close to the Cambridge side Galleria, across the street from The Helmand and The Similians. This is the 9th restaurant opened by the JP Fuji Group, who owns Fuji 1546, Fuji at Kendall, B Cafe, and Yocha for example. 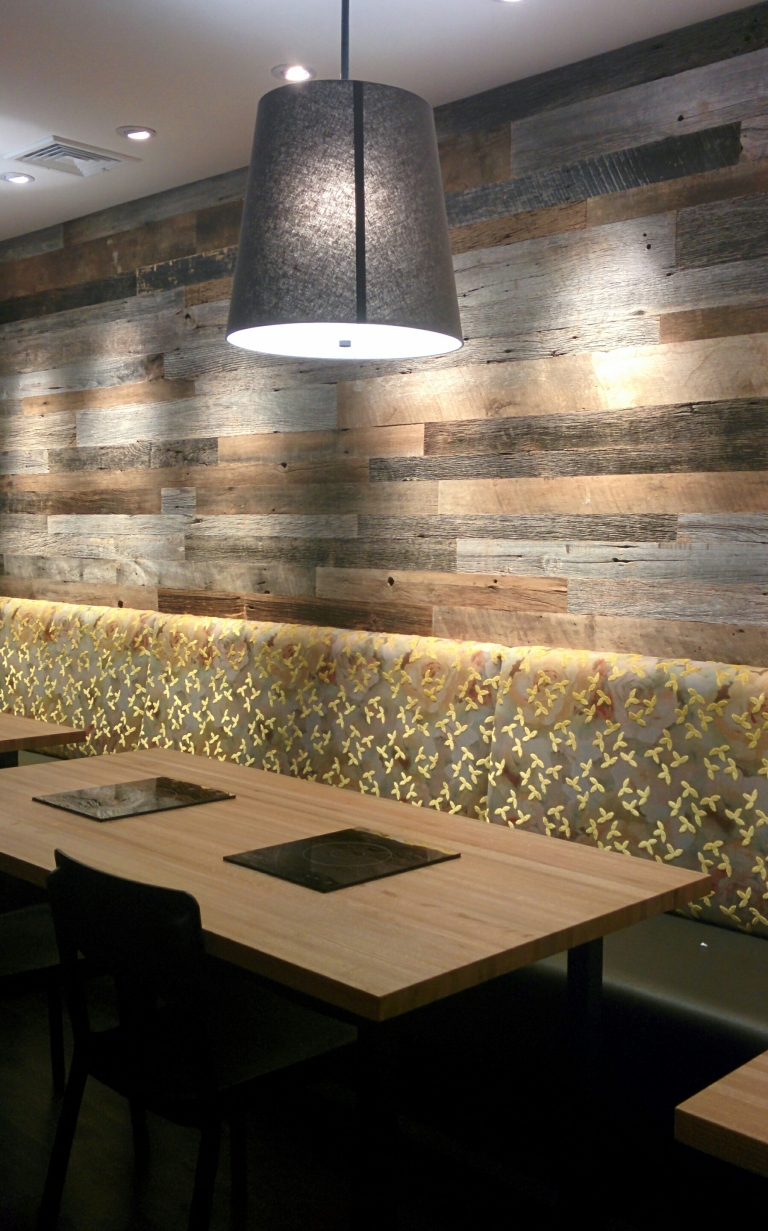 The decor is quite lovely. The restaurant is clean and neat, as well as modern and contemporary. The front main room that you enter from is strictly for shabu because all the tables have 1-2 induction stove top plates installed in them. 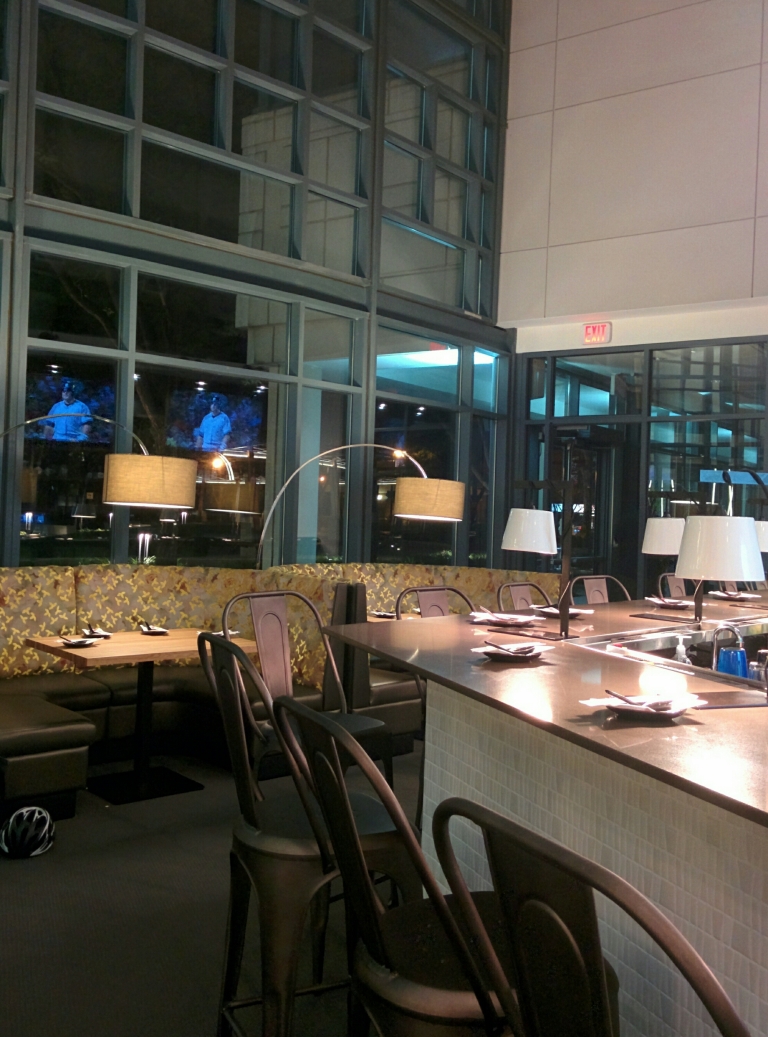 If you go through the long hallway in the back, there is another area with more seating and a full bar for drinks. The windows in this room are very large and let in a lot of light. They usually seat the customers who are eating ramen in this area.

It’s very important to check out the special’s board in the front room. They tend to have some interesting meats or drinks available. The tontoro and ostrich both intrigued me because most of the shabu places I have been to around Boston don’t offer either item. 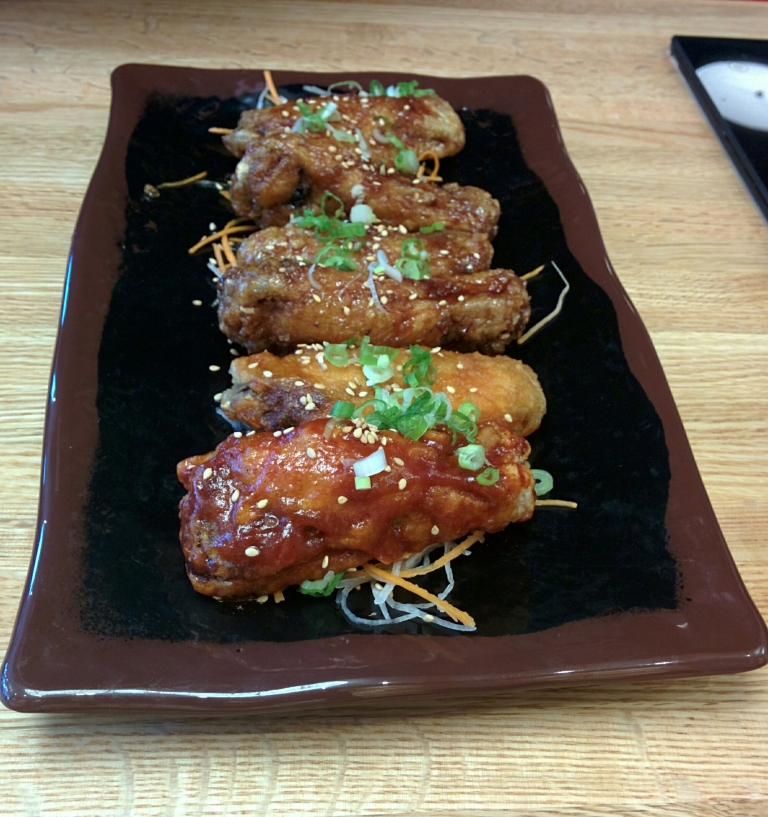 We tried the 6 piece wings. We got 4 sweet soy, 1 Sriracha and 1 spicy BBQ Gangnam style. To be frank these wings were good but not as good as BonChon, which are double fried. They were definitely tasty and the chicken mean was succulent. The sauces were nice and had good flavor. My favorite was the sweet soy and spicy BBQ. The Sriracha fell short in terms of flavor because it just seem like the wing was dunked in some Sriracha. Because they were coated in sauce, the crispiness was lost from frying. The Sriracha one had the least amount of sauce and was more crunchy than the others because of the lack of sauce. The other deterrent for us to re-order wings again is price because they were charging similar prices to BonChon.

If you opt to do shabu, there are a lot of options for broth, meats, and vegetables. You can choose to order a la carte or do a combo. An order of meat/seafood or double/triple meat/seafood combo will come with your choice of rice/noodles and a side of vegetables, which includes enoki mushrooms, daikon, taro, tomato, spinach, and cabbage. 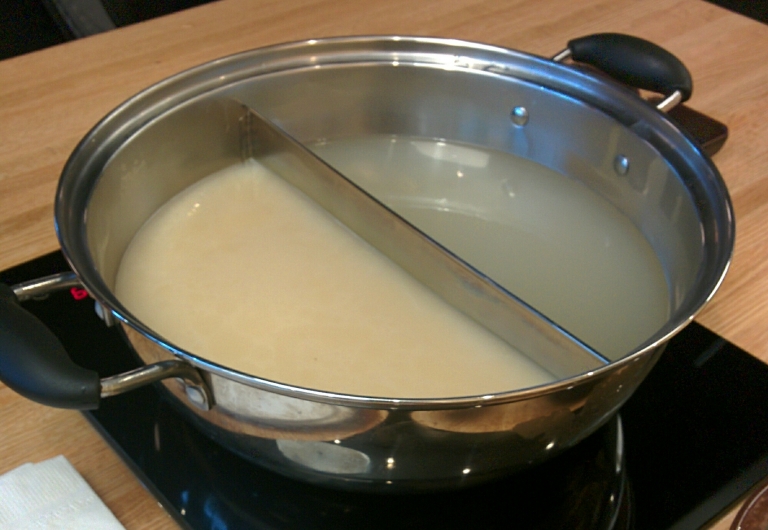 We go Szechuan broth on both sides of the other shabu burner. It was spicy and the waitress was clear to state that if it wasn’t spicy enough, we could have them make it even spicier. That’s music to my ears since I love to eat very spicy foods.

Co-owner Jimmy Liang sent these two items out gratis because we were talking about how whitefish and cabbage in the condensed Szechuan broth would be similar to clay pot Szechuan sliced fish together. He was absolutely spot on. It was delicious and we definitely will be trying this combination again. 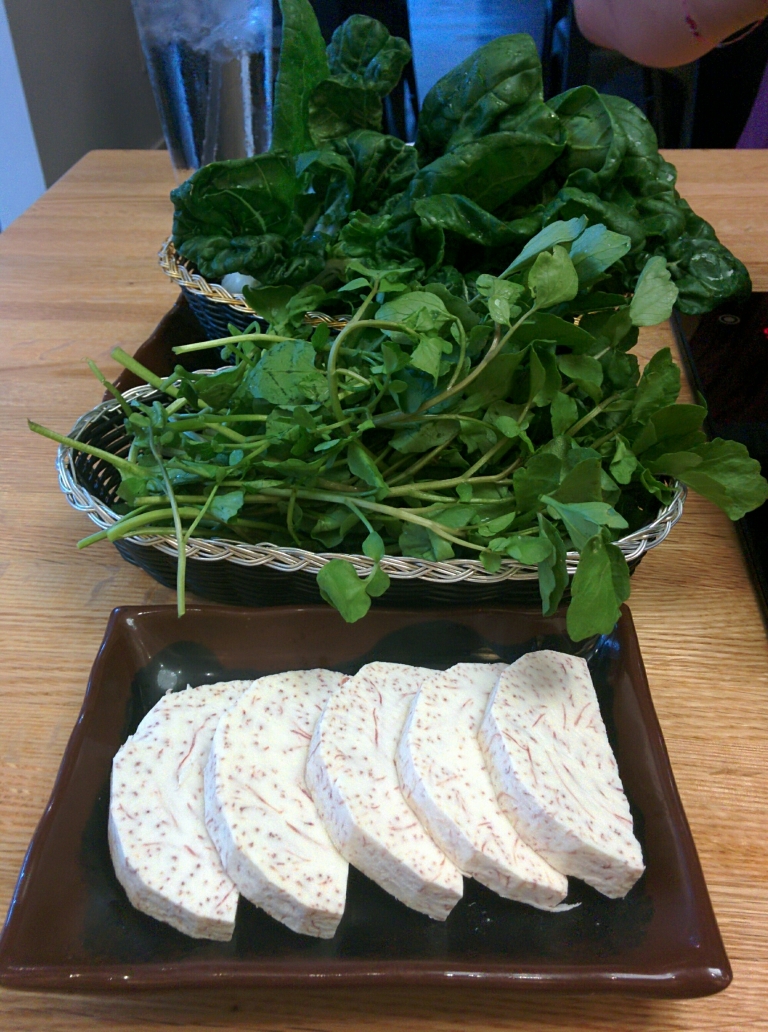 One thing that I was very pleased with is the quality of the vegetables that Shabu & Mein offer. The bok choy and watercress were the freshest and most vibrant green I have ever received at a shabu restaurant. Usually the greens we order are not as fresh and tend to look more tired. The taro was just slices of taro, no pre-pansearing for this shabu place to soften this tough root vegetable up.

Half order of ostrich (front left), beef tongue (back right) 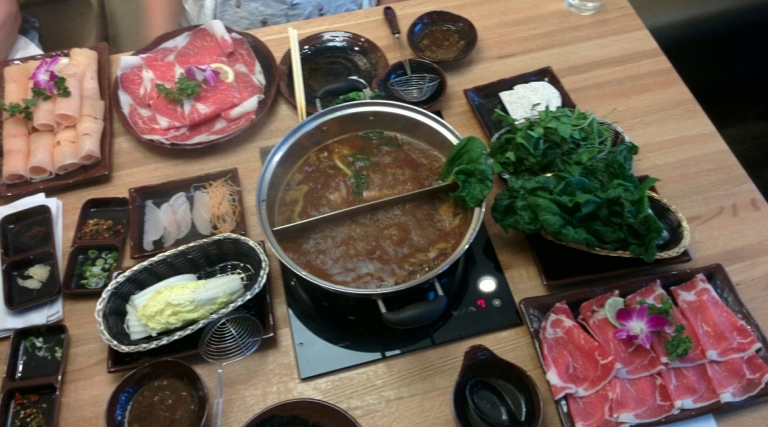 We were very impressed with the level of attention and excellent service we received here. If you’ve never had shabu before, they are very patient and will explain the process step by step. We’ll definitely be back for more shabu or to try the ramen in the bar area. Talking with Jimmy Liang was refreshing because he is passionate about food and his businesses. We wish them much success with the JP Fuji group’s 9th venture.