We returned to Wayfare Tavern (BMH’s first visit to Wayfare Tavern) for a Sunday meal and new we were seeking an all American and cozy meal. The menu had exactly what we wanted, solid, comforting food.

We just love the decor at Wayfare. Dark wood, patterned wall paper and the feel like we are in a different time.

The table next to us enjoyed a Chilled Maine lobster with lemon-garlic butter and Steamed Prince Edward Island mussels $16 shaved tangerine, bay leaf, crème fraîche and uni butter. While we were deliberating and enjoying the silver plate table setting, we enjoyed some fresh popovers. 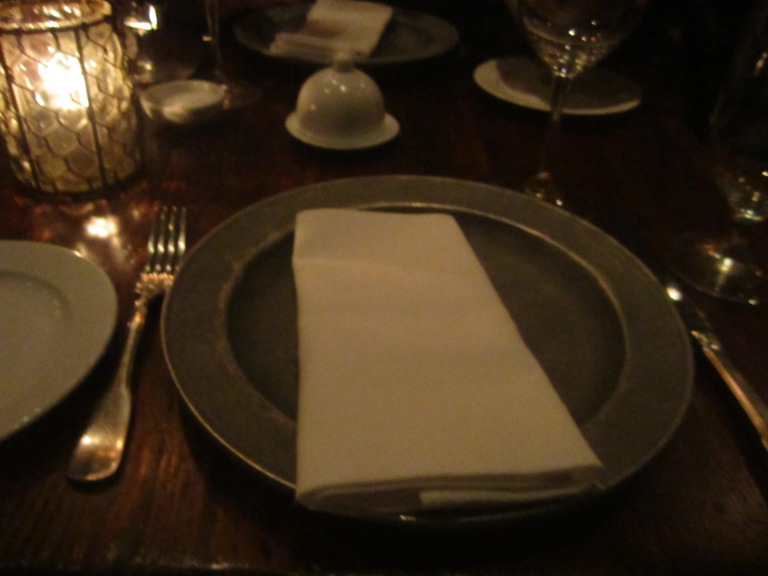 These popovers are truly special. Crispy and flakery on the exterior and soft, custardy on the interior. We slathered them with sea salted butter and enjoyed every bite. 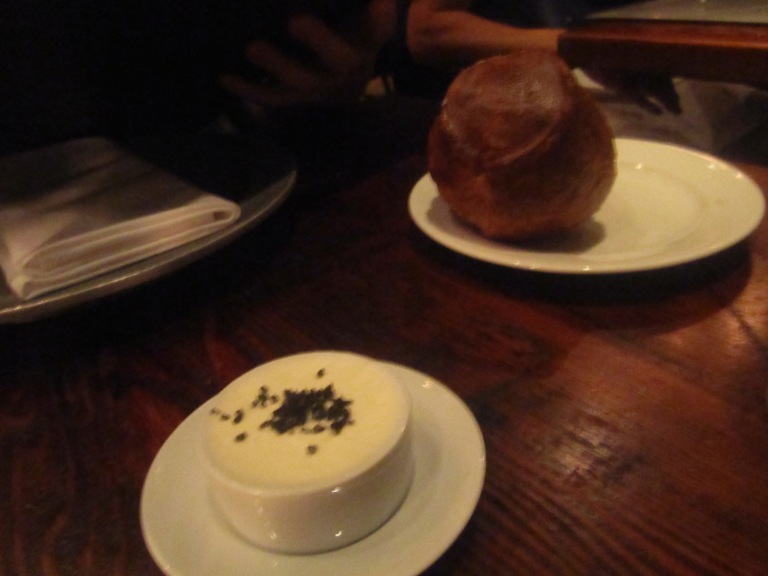 We enjoyed the wild mushroom soup with puffed barley, nettles, crème fraîche for $12. The soup was earthy, light from the creme fraiche and we enjoyed the crisp of the puffed barley. The slivers of radish offered a bite.

In fact, while waiting for our meal, we asked for another round of popovers and for some odd reason they never arrived. After reminding our waitress and a few servers, they arrived upon the entrees’ arrival.

We had to order the organic fried chicken again. That buttermilk brine is just unbelievable. The chicken is served with roasted garlic, crisp woody herbs and lemon for  $24. Truly one of the most delicious fried chicken dinners possible. The herbacious crust and skin is well seasoned, crunchy and addictive. We highly suggest this goodness to anyone.

The Wayfare Burger grass-fed proprietary grind, Marin brie, roasted onion, smoked bacon, brîoche was juicy and flavorful for $19. Instead of fries, we asked for onion rings and a side of mayonnaise. Solid. 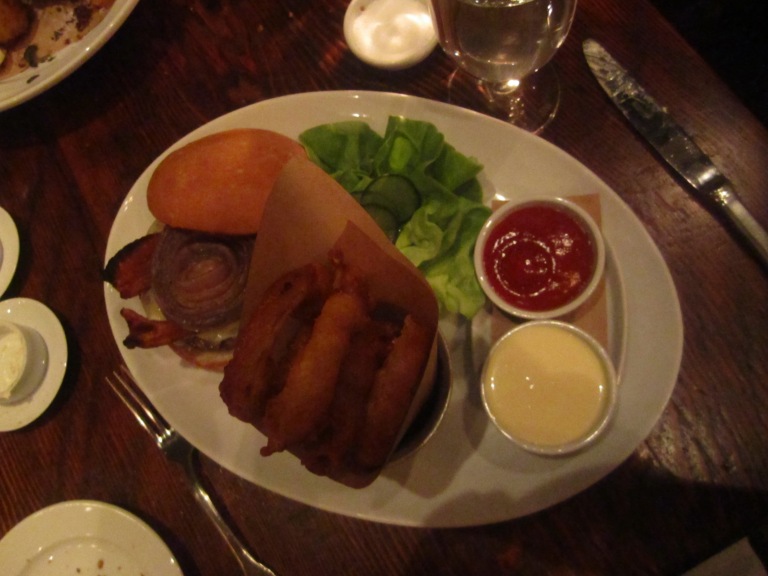 We considered the chocolate cream pie for dessert, but just did not have room. Instead, the kitchen sent out two perfect bites of sour cream coffee cake with a candied nut.

We had leftover burger and fried chicken and decided to take them home. We received our “takeaway ticket” and collected our take home bag from the host stand. Waiting for us at home were two additional  popovers. Touche. We couldn’t be more thrilled. They were just as good toasted again the next day.